Industrial Engineering and Management Alumna — No Barriers, Only Challenges

Elise del Rosario, distinguished AIT alumna who received her Masters’ Degree in Industrial Engineering and Management (IEM) in 1980 imprinted her name as the first woman President of the International Federation of Operational Research Societies (IFORS), a 62-year-old organization of 54 national societies and around 30,000 individual members. Asked how she broke the barrier, she said, “As in other aspects of my life, I don’t see barriers, just challenges.”

Elise, as she prefers to be called, has certainly risen to other challenges in her career, having been one of the few women officers in her early years at San Miguel Corporation (SMC) where she led her group to garner an international prize for exemplary use of Operations Research in corporate decision-making. The challenge of serving the country came at retirement where she offered her expertise to the government, pro bono, even as she pursued the mission to uplift public elementary school education in her immediate vicinity through her foundation.

Education is the Foundation of National Progress and Growth 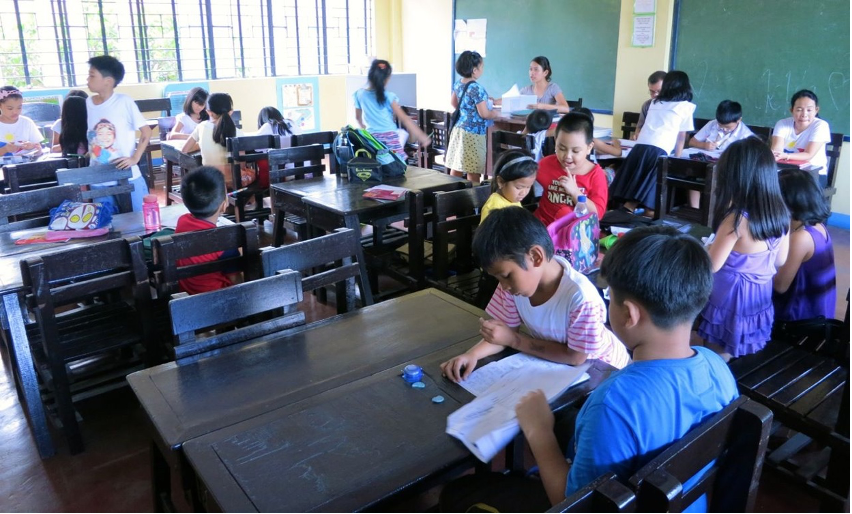 Students in Philippines learning through ‘One Small Step Forward Foundation’ 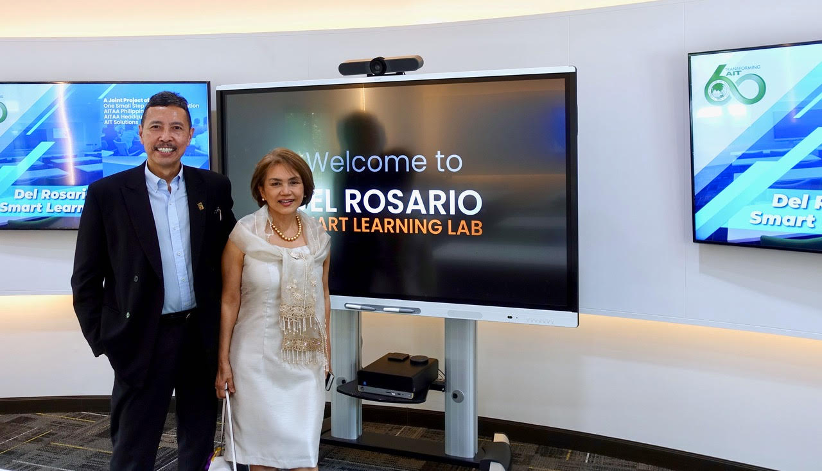 Elise and her husband Jaime “Bing” del Rosario, former president, and managing director of Accenture Philippines, founded “One Small Step Forward Foundation” in September 2006 with the aim of lessening the proficiency gap between the graduates of private and public-school elementary education in the Philippines. Elise explained that through appropriate intervention, especially in the early formative years of elementary school, the foundation would like to enable tens of thousands of public-school children from hundreds of public elementary in Quezon City, Metro Manila, and the country’s major urban centers to achieve world-class levels of competence in Mathematics, English literacy, science, and technology. Elise and husband Bing started assisting one school at a time, and one child at a time hence the name “One Small Step Forward Foundation.”

With this small step, she believes the foundation could contribute to national development. “Education is the key to a country’s progress and growth,” she commented with utmost belief and determination. Today the foundation had accepted over 2,000 students, many of whom have now graduated from universities, pursuing higher education, as well as securing careers across different industries.

AIT Opened Doors to Many Opportunities 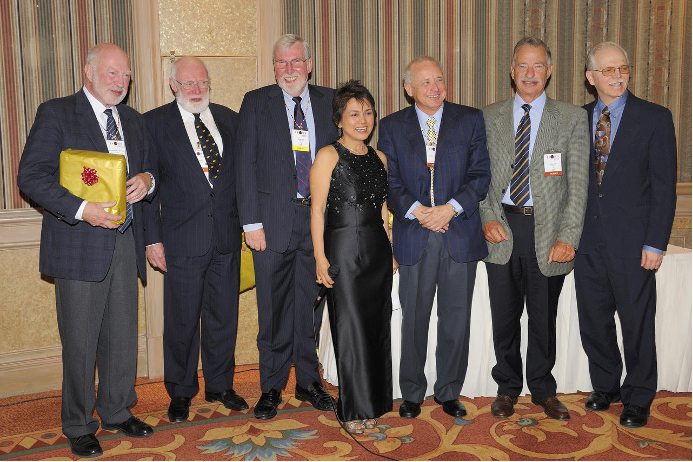 Elise with past Presidents of IFORS

Elise obtained her undergraduate degree in Industrial Engineering and Operations Research from the University of the Philippines, after which she worked as an analyst for a computer services company. Her supervisor, AIT IEM alumnus, saw her interest in pursuing graduate studies, so he encouraged her to apply to AIT. She was accepted and granted the German Academic Exchange Service (DAAD) scholarship, receiving her degree in 1980.

When asked whether completing higher education contributed to her career and achievements, she replied “Definitely! When I went to work with the Operations Research (OR) Department of SMC, I was hired at the senior level because of the additional education and the skills learned from doing my thesis, which was in OR, as well as my familiarity with the advanced computing facilities for which AIT was known at that time.”

In the same breath, she suggests that it would be best for individuals to obtain some work experience before pursuing a master’s degree. “I did have a one-year job experience and that exposed me to real-world situations. This became apparent to me when we were asked a question of how long it would take to implement a system and my answer was on the other side of the spectrum – far, far longer than the estimate given by my classmate straight out of college. I think the grounding that you get in work will give you a different perspective you need in further studies,” she reasoned. Additionally, Elise voiced appreciation for the training she received from AIT, “I think that throughout my career, I benefited a lot by the diversity that I encountered at AIT. In the consulting work I did, this exposure helped me to be more sensitive to client’s perspectives and concerns. The discipline to keep learning was inculcated in me and this helped me a lot, since I had to keep abreast of technical developments as I do technical quality control of the staff output.”

She has admittedly risen to various challenges and emerged victorious in her endeavors. Even while serving as Vice President of SMC responsible for the OR Department, she managed to look at the bigger picture of the OR discipline and ensure that it continues to thrive by organizing the Operations Research Society for the Philippines (ORSP). She also became the first woman President of the Asia Pacific OR Societies (APORS) and had been very active in the University of Philippines Industrial Engineering Alumni Association (UPIEAA) where she served as President. She is currently a Trustee of the University of the Philippines Engineering and Research Development Foundation. She was part of the advisory Board of various well-known international journals and has pushed the IFORS agenda for developing countries. Upon retirement, she did pro-bono OR work for the government and has continued to organize conferences and accept speaking engagements in the area of OR all over the world.

She concludes with: “I see these diverse activities as facing challenges to serve. It is very rewarding. You may not always achieve what you started out to do, but in the end, the persistence,  the endurance, and lessons learned along the way are all part of the reward.” 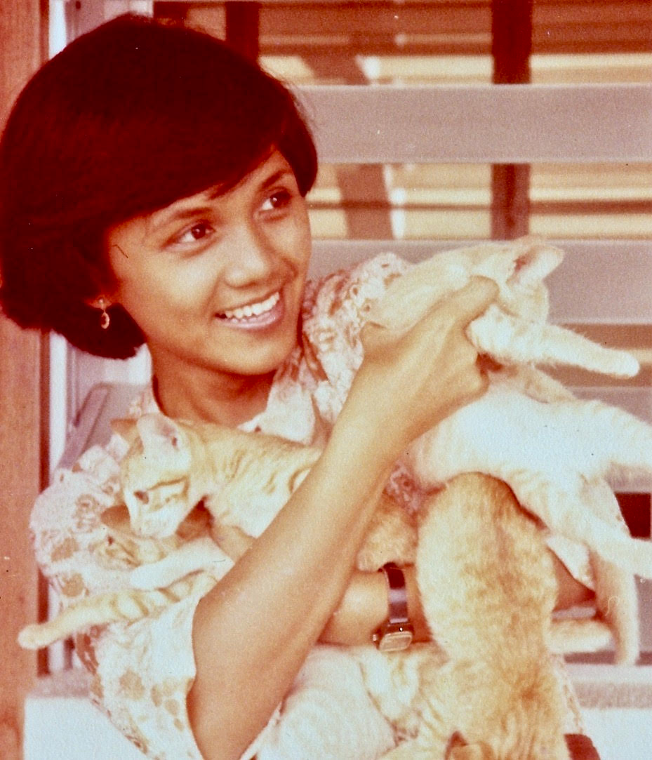 The Alumna recalls her time in AIT in 1978 as her first exposure to the multicultural community — a learning experience for her, emphasizing that “I survived the first months by concentrating not on our differences, but rather on what we have in common, which is, our quest for higher learning.”

She remembers her AIT stay as not all about studying – she vividly recalled such events as AIT Day, Sportsfest, parties, the regular Saturday night movies, and trips arranged by the Student Union. Moreover, as Cultural Affairs Officer, and Associate Editor of the student newsletter ASTECH, Elise was quite busy with extracurriculars. She also recalls that on her first term, she was recruited by the drama club comprised of Indian students, to star in a play and laughingly adds, “It was my first time to act onstage. It was a blast!”

Indeed, the amazing account of Elise’s journey could be described as a blast of challenges that were, and continue to be met with careful thought, firm resolve, and rewarding outcomes.